This is when the moon completes its annual orbital cycle around the Earth, to which the Chinese Calendar is based, in addition to another astronomical phenomenon whose months and days are calculated based on the positions of the various planets in the Milky Way solar System relative to the Sun and to each other.  This is why the New Year moves around from different dates and day, year to year, it just depends on the Planets wandering the heavens.  It is also why astrologically speaking everyone's birthday does not fall on the same day, year to year.

Las Vegas diners will be celebrating the Chinese New Year in Chinatown on Sunday, February 18, 2018, as the oldest and most authentic Thai and Chinese Restaurant in Vegas invites all the Marital Artist from Lohan School of Shaolin to perform their World renowned Lion Dance Ceremony in front of Kung Fu Restaurant at 3:00 p.m. PT.  In keeping with tradition, Red envelopes will be given to patrons who request one, just ask your waiter or waitress.  Large crowds are expected at this yearly event which is also perfect for children, so Please arrive early to ensure a parking space and table. 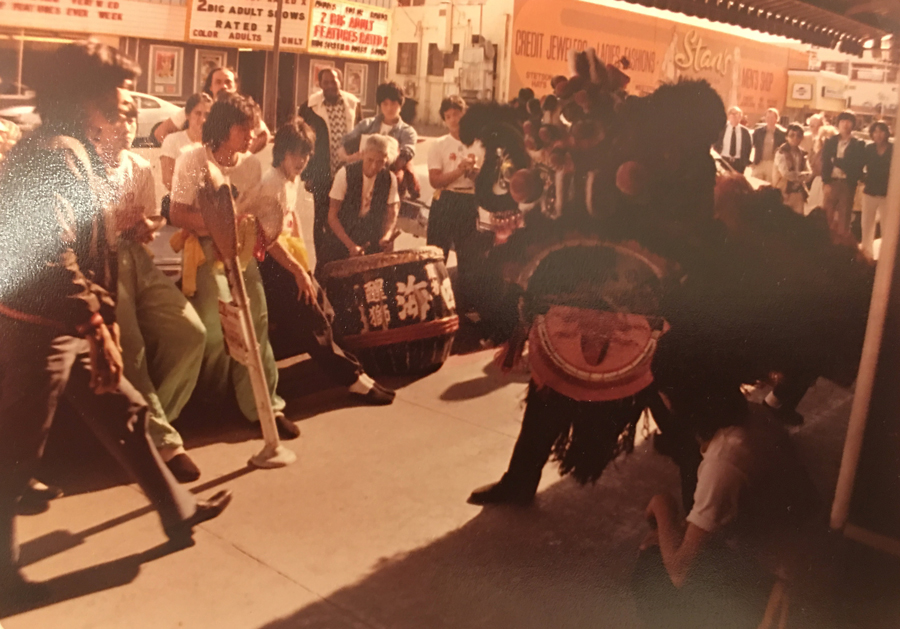 Valentines Day and Chinese New Year 2018 is a very special event this year, in that it falls within a couple days of one another, Saint Valentine's day falls on Wednesday, February 14th only two days before the Lunar New Year, and just one day of Chinese New Year Eve.  With the demand for people’s time and energy ever increasing in society, to get through each day, today’s hectic schedules have left most in Las Vegas to decide which tradition to observe, and with whom to observe it with and whom to neglect.  Rather than do a tradeoff, most diners that we have talked to, will blend both Eastern and Western traditions with a combined meal along with both their family and spouses.

Thanksgiving in February will be the common scene in Las Vegas during this Red week when the two traditions meet, especially at Chinese Restaurants where Lazy Susans, Whole Ducks,  and Steam Fish cover the tables.  This Scene has been prevalent for over 14 years at Kung Fu Thai & Chinese Restaurant since our first location on 3rd street and Fremont, in downtown Las Vegas.  The tradition didn’t stop there, since moving to the 3rd floor of The Plaza Hotel on Main street more Lazy Susans was added to the great vast dining room, which served guest from around the world, in addition to being the first independently owned restaurant in a Hotel and Casino the restaurant became a staple in Las Vegas Asian dining scene, setting off waves of independently owned and operated culinary establishments we see at most Hotel-Casino and Resorts today. 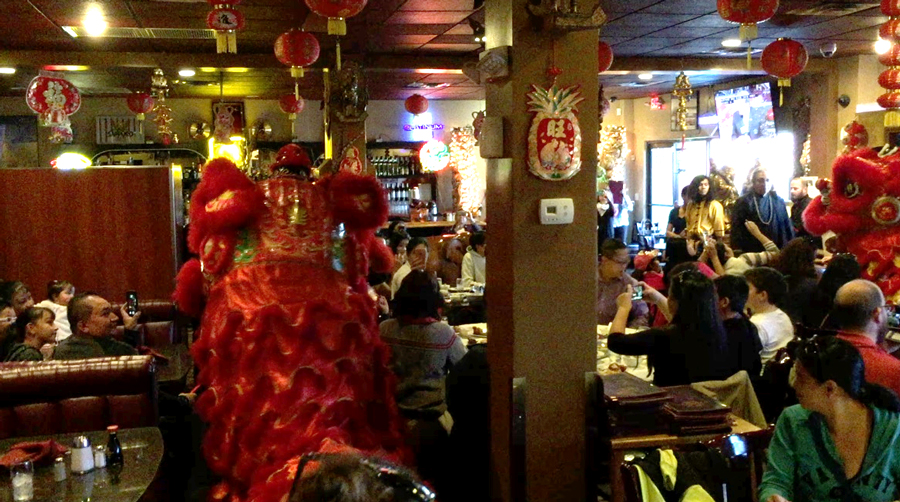 The most important Meal of the Year to people of Chinese descent is the one enjoyed on the Eve of Chinese New Year, in this case, Thursday, February 15, 2018.  Translated this meal called the Reunion Dinner is where the entire family including multi-generation relatives that are still alive, would gather around a large round table and feast.  In a way Chinese New Year Eve is just like the Western world’s Christmas Eve, everything shuts down early and Families gather, the honor of hosting this family event usually falls on the most senior member.

A Chinese New Year feast would consist of the following elements;  Family members attending the feast, dishes that symbolizes Luck or have Lucky meanings, takes priority and is preferred at this event, although other dishes are served, including Duck, whole Pig and Vegetable dishes.

The Chinese Lion dance is performed as the legend goes, to drive out any and all things evil to which the eye could not see.  Usually it is done at a house, a place of worship, a business or even on a farm, the ritual cleanses out bad elements from these places where the loud noises from the gongs and drums beat, as they beat, the spirits are said to be unable to cope with the loudness, so they move on, away to another place.  Chinese New Year is traditionally celebrated for 15 days closing with the Lantern Festival.  The Lantern which is always Red, usually hangs down from a ceiling or roof, the lighting of the Lantern is used to symbolize discharging of darkness, and bad energy from the land, allowing the people on it to start the New Year Fresh and clean just as an artist starts with a new slate or canvas.  After the 15 day celebration, it usually marks the start of Spring, where prior to the industrial revolution, this is the time where winter ends and the warm weather begins, signaling farmers that the time has come to start planting new crops. 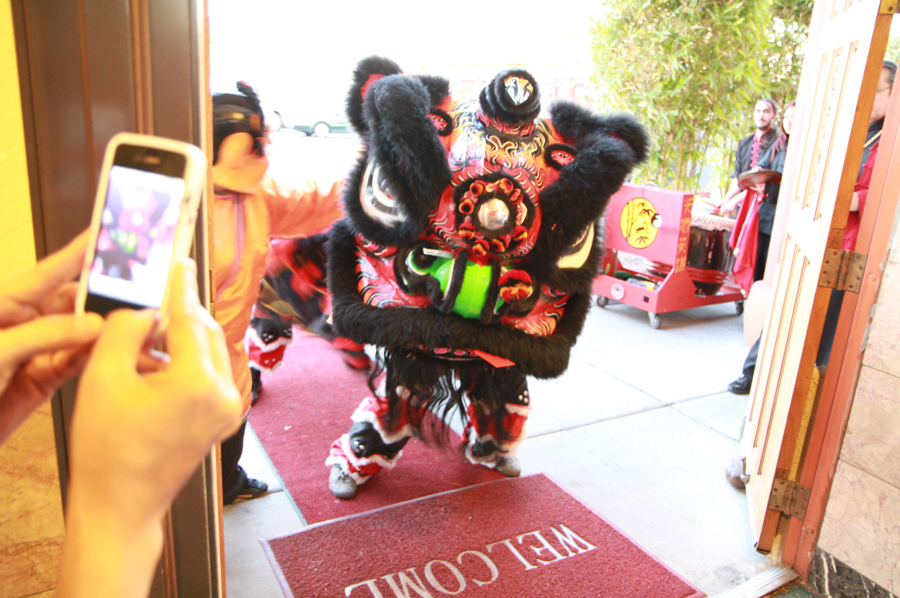 In addition to planting new crops, a new animal sign is also being welcomed, this year it is the Earth Dog’s turn.  According to Chinese mythological zodiac, people born during these years tend to have the following traits; compassion, fairness, honor, intelligent and down to earth personality.  Their lucky numbers are; 3, 4, and 9.  The months that Lady luck tend to be on their side is the months of February, June, October, and November.  Think of these as a weather forecast for your soul, sure there are other times and numbers but these are the better ones for those born on this zodiac animal.

If you want to know if anyone that you’re familiar with was born during these years, simply look at the table below.  Want to know what animal sign your birthday corresponds to?  Check out the list below, just match the day, month, and year of your Birth to get what Zodiac symbol you belong.